Workshop on finalization of national SOCTA, held in Kosovo*

In line with the pillar of strategic support, from 23 to 25 May 2022, the project has supported a workshop that gathered the working group appointed from the General Director of Kosovo* Police to draft the national Serious and Organized Crime Threat Assessment.

During this three-days workshop, the working group, led by the Director of Investigation Department, Mr. Arben Pacarizi and the Director of Directorate for Intelligence and Analysis Mr. Gezim Dibrani has discussed, reviewed, included recommendations and finalized this strategic document using a cutting-edge approach in order to have a final document aligned with the one of Europol.

This strategic document has been drafted based on questionnaires and the advanced methodologies of data storage and analysis and it is worth to note that the Working Group has received continuous support from the Component Leader of the regional project Countering Serious Crime in the Western Balkans Ms. Anna Marinelli and the Short-Term Expert Mr. Ivan Jokic as well as the project staff based in Kosovo. The support has consisted in the arrangement of a workshop and a series of meetings to provide professional insights, recommendations and advises.

As Mr. Gezim Dibrani, Director of Intelligence and Analysis of Kosovo* said: “the support from the project that led to the finalization of the strategic document SOCTA  is highly appreciated because this is the most important strategic document in national level”. 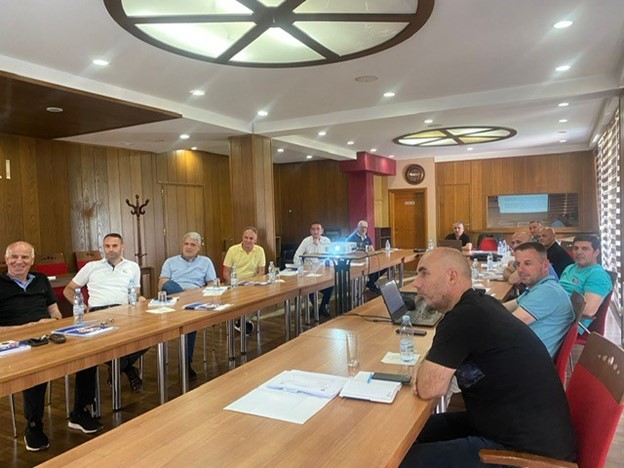