A regional meeting to take stock of the actual state of play in the area of API (Advance Passenger Information) and PNR (Passenger Name Record), was held in Tirana on 23 – 24 March 2022. The meeting, which followed an assessment report prepared by the CSCWB IPA 2019 team, brought together over 35 representatives from beneficiaries in Albania, BiH, Kosovo*, Montenegro and North Macedonia, as well as the EU Delegation to Albania, DG Home, DG Near, the EU Western Balkans Training Project, CEPOL, EU MS Informal Working Group on PNR, EUROPOL and the Home Office of the United Kingdom. The meeting was organized by CSCWB IPA2019 in cooperation with the International Organization for Migration (IOM).

The aim of the regional meeting was to discuss the latest developments in the field of API and PNR, as well as further cooperation among the Western Balkans beneficiaries and the various donors and projects targeting the area.

The meeting started with an overview of the progress in the legislative process as well as the establishment of the so-called Passenger Information Units (PIU) in the various countries. Furthermore, the latest developments at the European level as well as the role of EUROPOL and the EU MS Informal Working Group (consisting of EU MS PIU’s) was presented. Representatives of the various beneficiaries suggested the establishment of an informal regional working group in order to ensure a certain harmonized approach and maximum level of coordination of efforts; a move that was welcomed by the representatives of CSCWB IPA2019 as well as other donors and projects present at the meeting. In order to bring this initiative to life, some regional follow-up activities were already agreed upon. It is clear that there are still some major steps to be taken towards fully operational API and PNR systems, but that beneficiaries in the Western Balkans should be praised for the progress made thus far and encouraged to continue down this road. 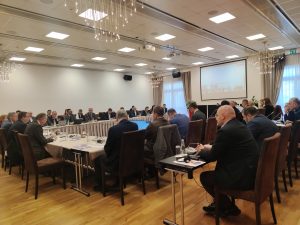 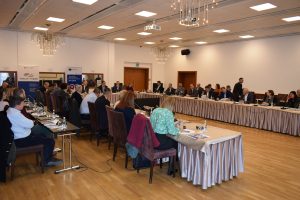