Arrest in Germany of 3 suspects involved in theft of EUR 1.5 million worth of vehicles

On 23 February, a coordinated strike between the German Police Inspectorate Emsland/Bentheim, the German Dortmund Police, the Federal Criminal Police Office of Austria and the Bosnian Ministry of Interior Affairs of Canton Sarajevo, under the coordination of Europol, has led to the dismantlement of a gang of car thieves operating across Germany.

A total of 4 properties were searched in Dortmund. As a result, 3 suspects were arrested in and around Dortmund (Germany).

This criminal network comprised Bosnian nationals who were residing illegally in Germany and committing crimes in the federal states of Lower Saxony, North-Rhine Westphalia and Hesse.

They are suspected of breaking into residential buildings at night in order to steal the keys of expensive vehicles before driving off with them. The total value of the stolen vehicles exceeds EUR 1.5 million.

This investigation was carried out in the framework of the European Multidisciplinary Platform Against Criminal Threats (EMPACT), together with the support of the project ‘Countering Serious Crime in the Western Balkans – IPA 2019’ implemented by the Italian, German and Dutch authorities, cofounded by the European Union, the German Federal Ministry for Economic Cooperation and Development and the Italian Ministry of Interior Affairs. The project provided financial support for the organization of operational meetings and the deployment of German investigators to Austria on the action day.

Link: Arrest in Germany of 3 suspects involved in theft of EUR 1.5 million worth of vehicles | Europol (europa.eu) 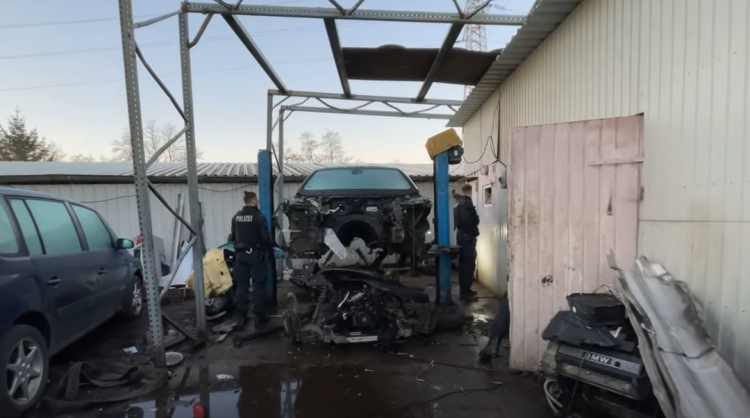