Strategic support is considered as one of the backbones of the project Countering Serious Crime in the Western Balkans – IPA 2019. The project has been working closely with the beneficiaries to achieve significant results, not only limited to project activities, but also aimed at fostering the awareness about the role of strategic documents. As a result, the effectiveness of law enforcement agencies in all the areas of public security and rule of law was increased.

In line with this, the project manager on behalf of the Italian Ministry of Interior Affairs Mr. Carlo Verdiglione, accompanied by the component leader Ms. Anna Marinelli and personnel from the Italian coordination presidium, organized a visit to Kosovo* in order to conduct a high-level meeting with the local police authorities.

The Italian delegation has been hosted by the General Director of Kosovo* Police Mr. Samedin Mehmeti, Deputy Directors of Kosovo* Police Mr. Fehmi Hoti and Mr. Dejan Jankovic, Head of Investigation Pillar Mr. Arben Pacarizi and the Chief of Staff Mr. Muhamet Berisha. The meeting revolved around discussing the next steps and interventions that the project has planned to support Kosovo* Police in drafting first a national SOCTA (Serious and Organized Crime Threat Assessment) that will be successively integrated in a regional SOCTA supported by the project and including all the Western Balkan Countries. 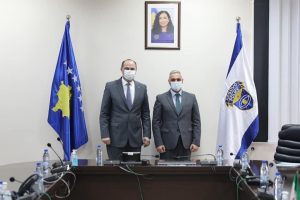 General Director of Kosovo* Police Mr. Samedin Mehmeti express his thanks to the delegation and the project staff deployed in Kosovo*, highlighting the importance cooperation and commending the positive impact that the project has provided in both operational and strategic areas. Moreover, Mr. Mehmeti expressed his gratitude for all activities that the project has planned to implement in order to assist the Kosovo* Police analysts to draft of a professional SOCTA and has affirmed his support for the integration into the regional SOCTA with the other Western Balkan Countries.

Mr. Verdiglione expressed his appreciation of the cooperation hitherto, highlighting the most important project results and emphasizing the strong willingness of Kosovo* Police to cooperate both in the operational and strategic framework. Regarding the strategic support, all upcoming activities will be previously agreed and implemented in synergy and coordination with Kosovo* Police higher management and senior analysts. 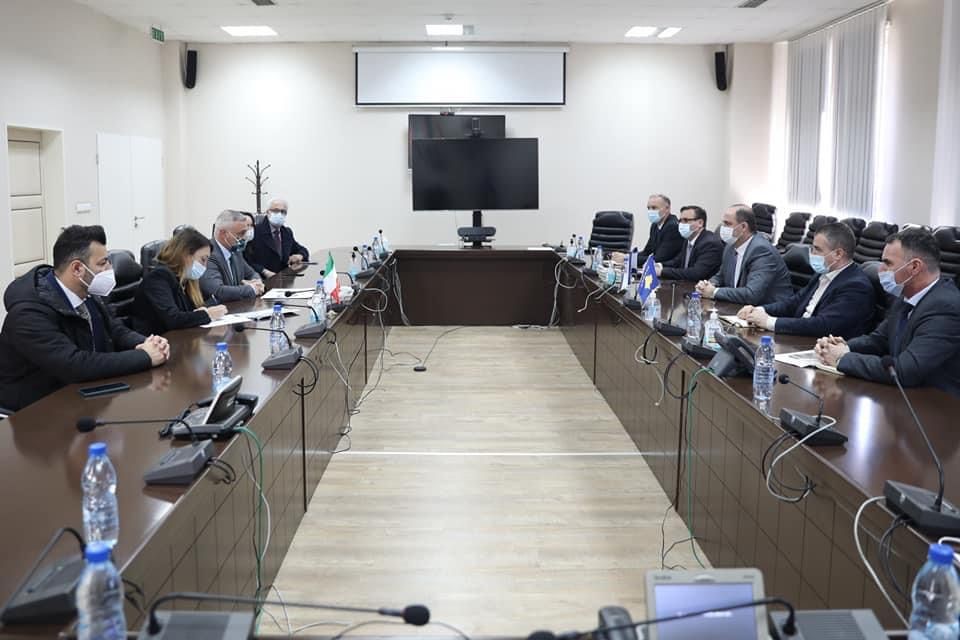