BiH Delegation meets with the President of EUROJUST

Delegation of the BiH Prosecutor’s Office, led by Mrs. Diana Kajmaković, State Prosecutor and Head of the Special Department for Organized Crime, Economic Crime and Corruption, met with the President of the European Agency for Criminal Justice Cooperation (EUROJUST), Mr. Ladislav Hamran and his team in the Hague. The two delegations had a fruitful discussion about their strategic cooperation, and prospects of continued partnership in the future.

Mrs Kajmaković reiterated the full commitment of her Office to signing a cooperation agreement between BiH and EUROJUST. The BiH state-level Prosecution Office is committed to furthering the cooperation with EUROJUST, mainly to advance the prospects of information and intelligence exchange.

Mr. Hamran highlighted that, even though the process of concluding the cooperation agreement with BiH is currently paused, EUROJUST stands ready to cooperate with BiH judicial institutions in the spirit of partnership and good faith. Other countries from the WB6 region have concluded said agreement, and permanent representatives at EUROJUST. This has proven to be something very beneficial to their respective justice systems, and BiH authorities should also strongly consider concluding this agreement as soon as possible. The president’s office is ready to help with anything they can.

Source: The Prosecutor’s Office of Bosnia and Herzegovina

Link: The Prosecutor’s Office of Bosnia and Herzegovina (tuzilastvobih.gov.ba) 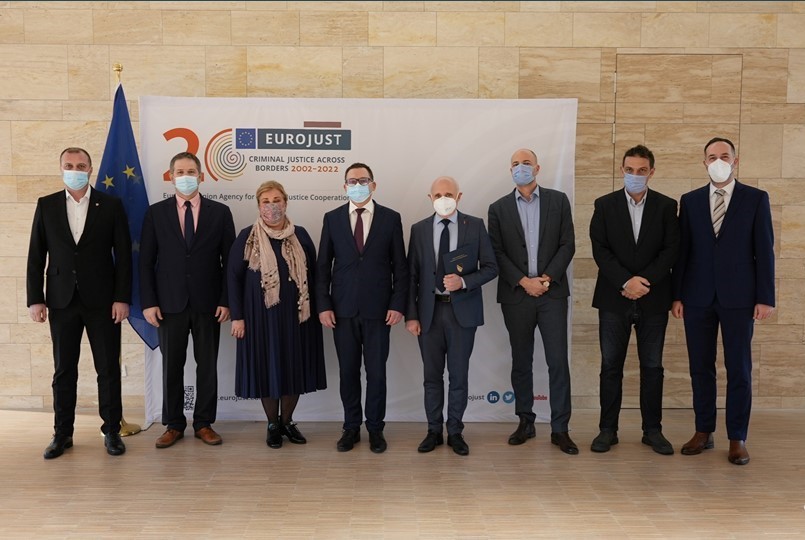