On November 30th, 2021 the Countering Serious Crime in the Western Balkans – IPA 2019 Management Team, composed of the Italian National Police Brigadier-General Carlo Verdiglione, Mr. Oliver Janser (GIZ) and Mr. Eric Vincken (CILC) met the Police-General Bogoljub Živković, Assistant Director-General of the Police at the Ministry of Interior of the Republic of Serbia, together with the four members of the Project Steering Committee from the Ministry of Interior.

The Assistant Director-General presented two newly-appointed members of the Project Steering Committee, who hail from the Sector for International Cooperation, EU Affairs & Planning and the Criminal Police Directorate. He expressed satisfaction with the project’s successes so far, which have set the backdrop for the beneficiary’s expectations to remain very high of the project’s outcomes.

Using the opportunity of the Project Steering Committee meetings, the CSC WB Management Team and representatives of the Embedded Country Team in Serbia paid a visit to the General Public Prosecutor in Serbia, Ms Zagorka Dolovac. Ms Dolovac expressed her gratitude for the support provided by the project, which, according to her statement during the meeting, produced excellent results in cooperating with the Public Prosecution Office of the Republic of Serbia, especially in the field of international cooperation.

During the exchange with the Delegation of the European Union to the Republic of Serbia, the Italian, German and Dutch Embassies the importance of synergy creation was highlighted, also between various EC-funded or co-funded projects. The Management Team also followed the proceedings of the 2nd Project Steering Committee held on the 1st of December 2021 in Belgrade. The event was also followed by representatives of a large number of foreign stakeholders and international organizations, which are engaged in supporting the enhancement of the security and rule of law sectors in the Western Balkans.

Photo Source: Public Prosecutor`s Office of the Republic of Serbia 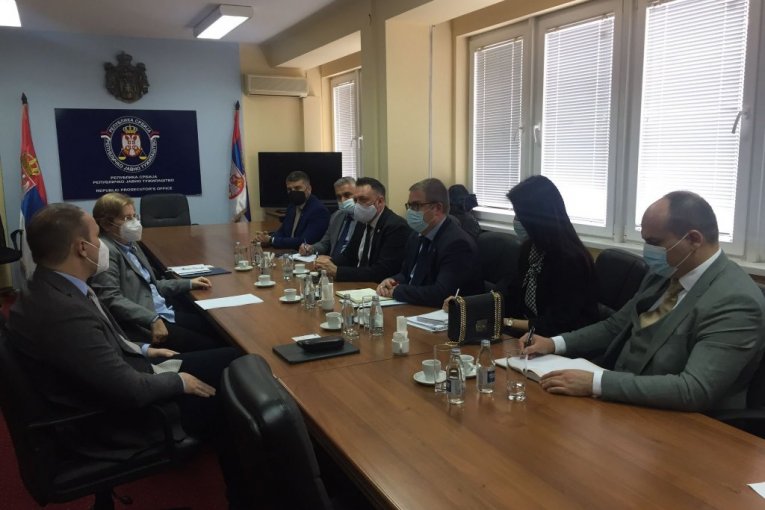