The CSC WB Project Manager from the Italian Ministry of Interior, Mr. Carlo Verdiglione met the Kosovar Minister of Interior and Public Administration, Mr. Xhelal Svecla and the General Director of the Kosovo* Police, Mr. Samedin Mehmeti in Pristina yesterday. He was accompanied by the Ambassador of Italy to Kosovo*, M.r Nicola Orlando, and the Resident EU Police Officer in Pristina, Mr. Giovanni Mastrolorito.

The Ambassador of Italy to Kosovo*, Mr. Nicola Orlando, highlighted the importance of the project CSC WB stressing that “It also confirms the Italian commitment to strengthening the Kosovo* crime-fighting institutions, thus promoting the country’s path toward integration in the European Union. Italy remains a key partner of Kosovo* in this field and we look forward to the implementation of this project.”

In the friendly and fruitful meetings, Mr. Verdiglione updated the Kosovar counterparts on the progress in the project implementation. “This is a regional project that benefits Albania, Bosnia-Herzegovina, Kosovo*, North Macedonia, Montenegro and Serbia”, said Mr. Verdiglione. “The project supports, inter alia, the Kosovo* police forces in carrying out operational activities aimed at combating organized crime. It is also promoting Kosovo’s* participation in EU cooperation mechanisms, such as the European Multidisciplinary Platform Against Criminal Threats”. Mr. Verdiglione stressed that the project’s approach is to support the beneficiaries in exploiting international police cooperation tools.

* This designation is without prejudice to positions on status and is in line with UNSCR 1244/1999 and the ICJ Opinion on the Kosovo Declaration of Independence. 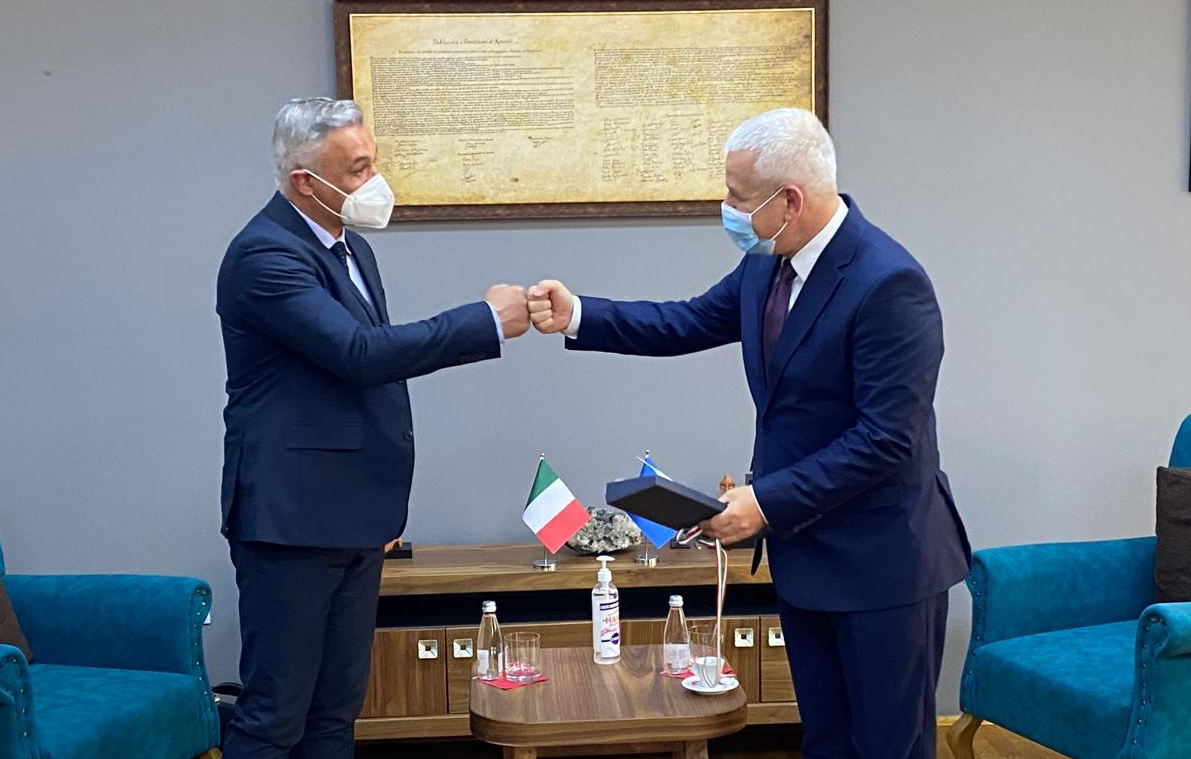